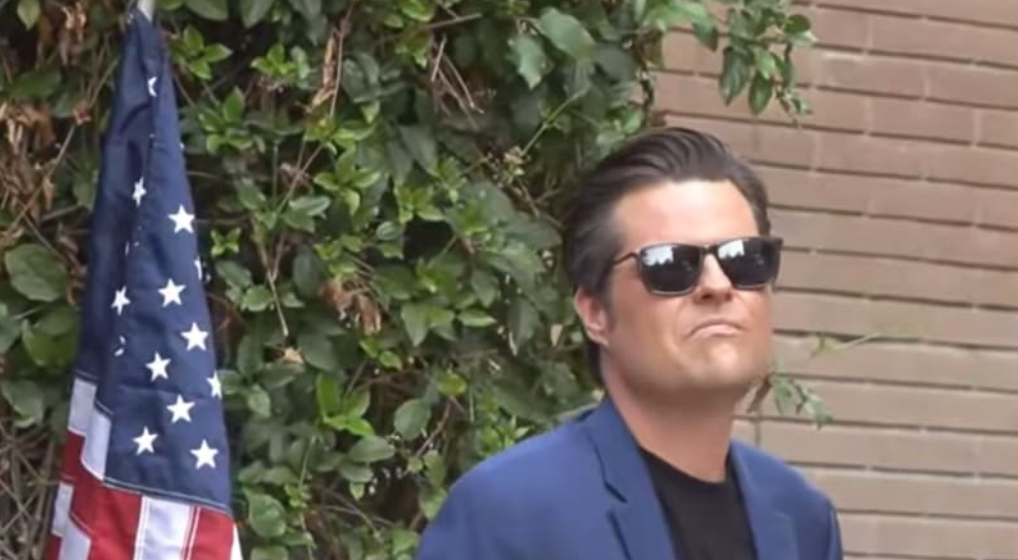 In a surprise move following the rally at Four Seasons Total Landscaping in Philadelphia, United States Representatives Marjorie Taylor Greene and Matt Gaetz took their America First rally to Riverside California for an impromptu protest in front of Riverside City Hall. Thousands of MAGA supporters greeted the duo along with regular citizens who are not into racism or QAnon.

Trump Steps Up to Help Greene and Gaetz

Former President Donald J. Trump once again stepped up to the plate and flew the Dynamic Duo to Riverside on his 1970’s Trump Airlines Boeing 727. Thought to have been grounded long ago by the FAA, the airliner made a surprise appearance following the whirlwind trip from California to Philadelphia earlier in the day. Former President Trump commented, “Gaetz and Greene are part of the MAGA agenda. What better way to Super-Spread the Delta variant and QAnon than to send the best and brightest to Riverside, California. We will win bigly in 2024.”

Gaetz and Greene Conjure Adolf Hitler From The Grave

In a move that shocked onlookers, Reps Matt Gaetz and Marjorie Taylor Greene mid-speech raised their hands to the sky and began uttering some sort of spell. Shortly thereafter, Matt Gaetz removed his sunglasses and his eyes rolled back into his head. Seconds later, Adolf Hitler materialized. Bob from Riverside detailed the incident. “…yea out of the blue Gaetz pulled off his sunglasses and all of a sudden his eyes rolled back into his head like he was going to pass out. Out of the blue Adolf Hitler materializes out of thin air. We were shocked. At first, I thought it was Trump, but realized it was Adolf.

Following the surprise conjuring of the dictator, the crowd went wild and began chanting “Trump, Trump, Trump!” Bob from Riverside continued: “yea man it was like magic! You know Hitler did some good things for his country too! Trump told us that!” Gaetz continued his speech thanking Hitler for taking a break from Hell to come spread the MAGA message.

Following his conjuring, The Führer spoke through a Proud Boys interpreter: “Fellow Trump supporters, I took a break from Hell to come let you know I am always with you in spirit. I am honored that Former President Trump learned from the me on how to inspire fanaticism. Keep up the great work!”

In a massive show of support, members of the Riverside chapter of the Ku Klux Klan joined Gaetz, Green, and Hitler onstage. Later, the Proud Boys joined the party to offer support. Looking to curry favor with Rep. Matt Gaetz, the Proud Boys presented Gaetz with a lifesize bottle of BRUT Cologne. Gaetz, teary-eyed, thanked the Proud Boys: “Man you guys really know a way to a man’s heart. When I was in High School that was the scent popular with all the girls. It still is today.” 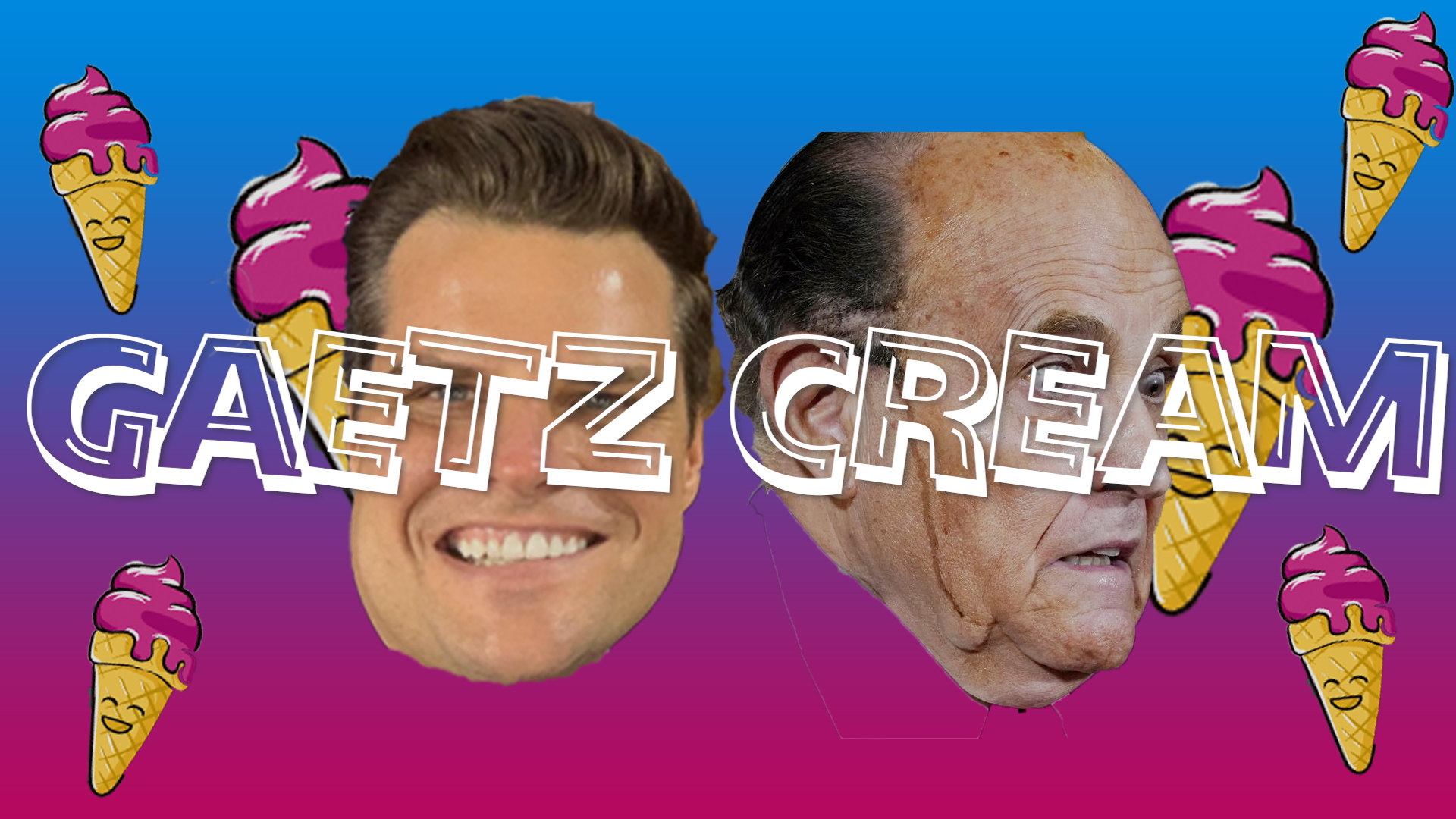 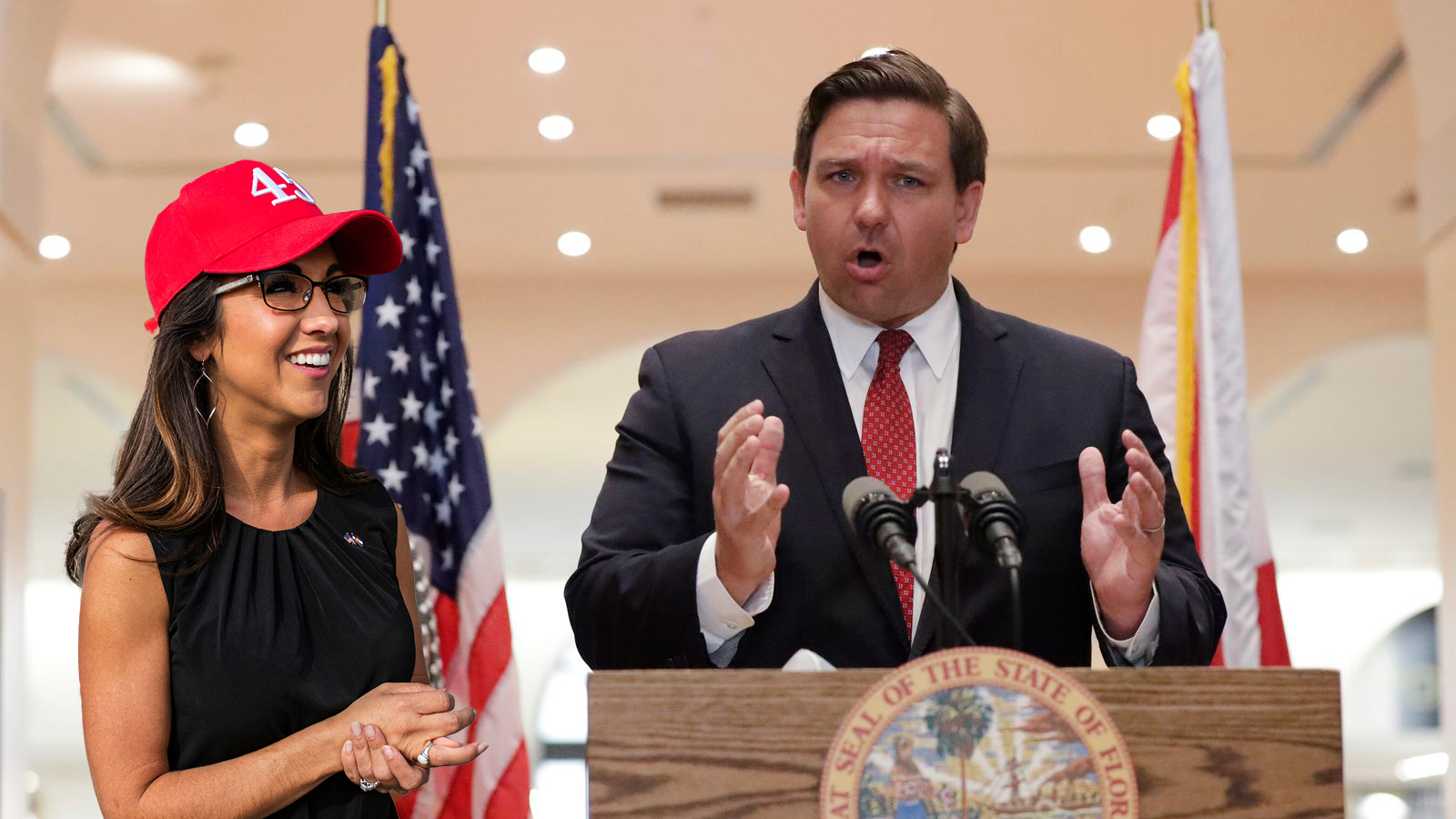 Ron DeSantis and Lauren Boebert On The High Seas