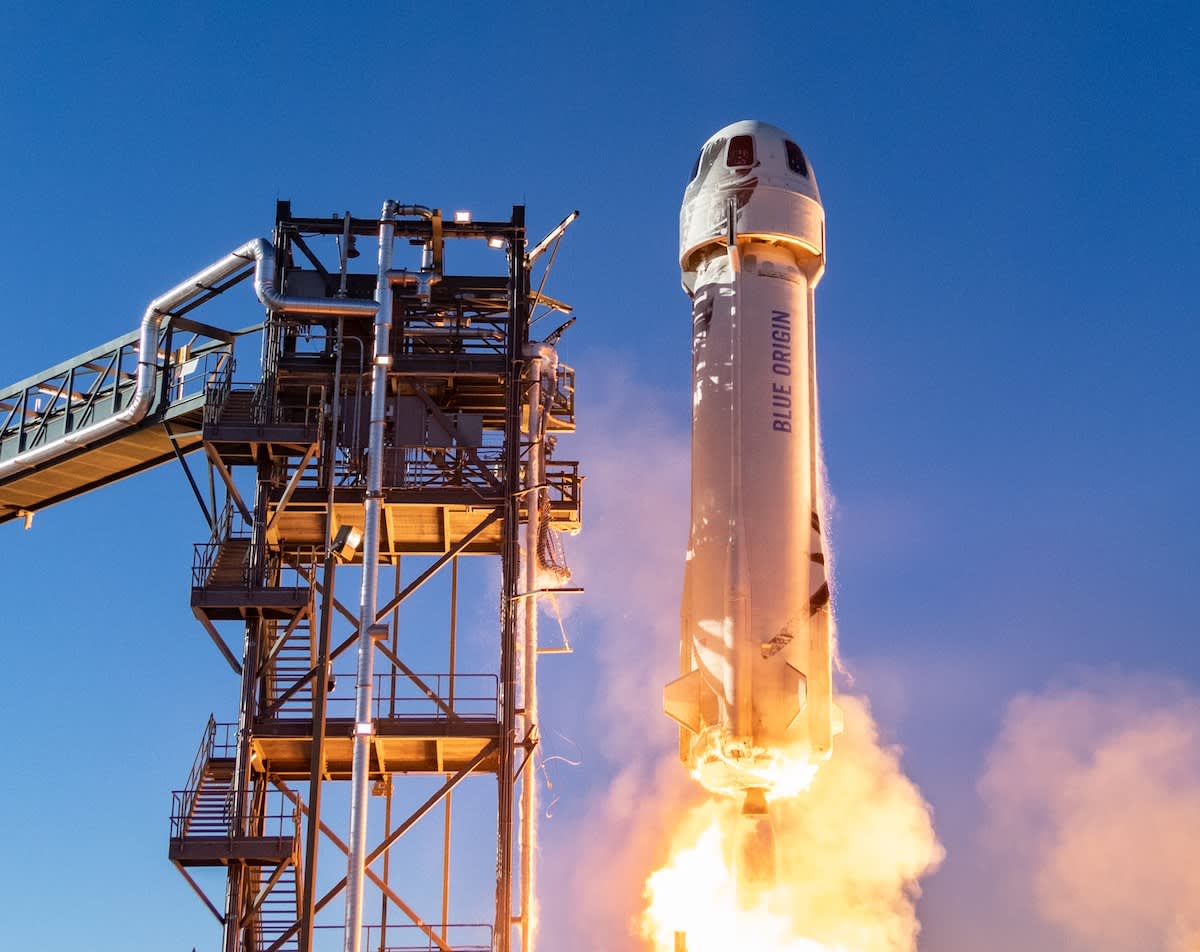 Jeff Bezos is officially an astronaut after rocketing into space. Seated aboard the Blue Origin space ship “New Shepard”, built by his company Blue Origin, Bezos became the richest human to enter space. Launching from his West Texas space facility, the event was hailed as a milestone in the commercialization of space flight.

Penis In The Sky

People couldn’t help but notice that the Blue Origin ship resembled a giant phallus which was brought up in several interviews with the press. Bezos shed some light on this to a few media outlets such as CNN. “Part of thinking outside of the box is to look for inspiration from many sources,” Bezos commented. “Bob Smith our CEO saw an article about the famous “Penis In The Sky” skywriting incident by that U.S. Navy pilot. He came to me and said, I know how our spaceship should look and it went from there!”

“It didn’t take long for us to find the more direct inspiration and we found it online right in our own backyard,” Bezos commented. We modeled the Blue Origin spaceship after the Personal Wand Massager by VibeMax which you can buy on Amazon.com for $26.95. With an almost 5 Star rating, we knew this was the way to go,” Bezos stated.

In addition to noticing Bezos rode atop one of his marital aids for sale on Amazon.com, other folks compared him to Dr. Evil from the movie Austin Powers. Bezos, responded angrily to the comparison. “Dr. Evil has nothing on me. Maybe he had a giant space laser, similar to Marjorie Taylor Greene, but he was never as successful at avoiding paying taxes as me.